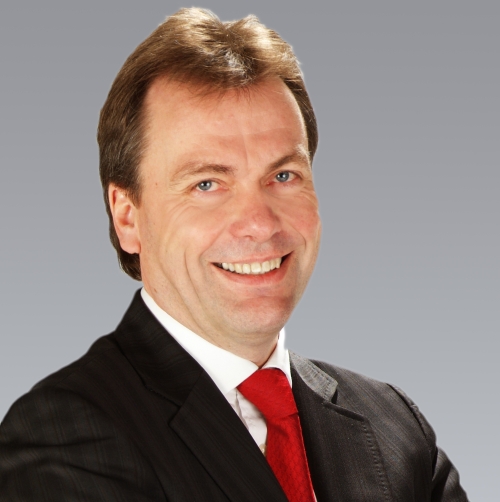 The Best of Both Worlds: Expertise from Germany and Japan

The average medium-sized car contains some 100 bearings to minimise the friction and wear caused by rotary movements. NSK is one of the leading suppliers in this market. The company is also setting trends for low-friction, energy-saving bearings and high-speed bearing systems for hybrid drive systems.

Originally from Japan, NSK has a long-established presence in Europe. The supplier opened an office in Düsseldorf, Germany, back in 1963. Then, in 1976, its first European production plant went online in the British town of Peterlee. NSK is now one of the world’s three largest manufacturers of bearings.

Today, NSK employs a workforce of over 3,000 in Europe. Although it is much better known – at least among the trade – for supplying industrial bearings, the company actually generates somewhat higher sales in its dealings with the international automotive industry. Total sales equivalent to €5.4 billion were posted in fiscal year 2008/2009, with the automotive division accounting for 54% of these.

The “Automotive Components” unit develops and produces complete mechatronic systems such as electric steering assemblies. The “Automotive Bearings” unit is divided into three major application areas – chassis, transmission and engine accessories. NSK has an impressive market position, especially in terms of wheel bearings. Ralf Duning, a qualified engineer and Managing Director of the Automotive Bearing unit at NSK Europe, says: “With more than 400 million wheel bearing units installed around the world, we clearly are a market leader in this field.”

Quality leadership as a company goal

The position NSK has established for itself in the European automotive industry owes a lot to its Japanese values. Ralf Duning comments: “We develop, test and produce with the utmost care. Our clear objective is to be the world’s No. 1 in Total Quality by the company’s centenary year, 2016, at the latest. This message goes down very well among European clients.” OEMs and suppliers each account for around 50% of sales. NSK Europe’s largest OEM customer is the Volkswagen Group.

As the number of customers and projects has grown, the European organisation has gained an increasing level of independence. As Ralf Duning puts it: “Today, NSK Europe is a European supplier with European customers which offers Japanese quality.” The latest reflection of this independence is the European Technology Centre (ETC) in Ratingen, Germany, hosting the development and testing facilities which were previously located on various sites. Ralf Duning says: “At the centre, we develop customer-specific bearing systems which also undergo extensive trials. We work closely with the R&D centres in Japan, where there are some 1,000 developers continuously expanding NSK’s four key technologies – tribology, material engineering, analysis technology and mechatronics.” The company has approximately 100 engineers in Europe, who can draw on the Japanese technology centres’ expertise and latest research results.

Reducing friction is a key technology trend in the field of automotive bearings. NSK has achieved a number of successes here, including developing a new generation of ball bearings for hybrid drive systems which generate 50 to 65% less friction loss. Previously, there was a widely held opinion – also among experts – that it would be very difficult to further reduce the friction moment of ball bearings, which NSK’s achievements have proved to be unfounded.

A great deal of detailed work is needed to develop such bearings, for example through the optimisation of the cage design or of the materials used.

The company also faced another challenge, which was just as complex: developing high speed bearings for the electric component of hybrid drive systems. The difficulty here is catering for  speeds that are two to three times higher than those in combustion engine drive trains.

The electric drive systems in hybrid vehicles now operate at speeds of over 15,000 rpm and that figure looks set to rise further. Despite the high centrifugal forces, the lubricant must be evenly distributed. Ralf Duning adds: “As we were involved in developing bearings for Toyota’s and Honda’s hybrid drive systems right from the start, we have extensive experience in this area.” The low-friction, high-speed bearings in the new Toyota Prius’s hybrid drive system are already designed for maximum speeds of up to 30,000 rpm. The development team working on this field can utilise the experience of their colleagues from the industrial division. NSK also supplies high-performance bearings for the spindles in machining centres, which operate at even higher speeds. Customers here include leading German machine tool manufacturers.

Intensive development work has resulted in extremely compact and high performance transmission bearings, which are now being presented to the market. There are also new developments in the area of seals for automotive bearings. The Sealed-Clean™ ball bearings, which are used in manual and double-clutch transmissions, include a specially designed seal, which allows the oil to circulate through the bearing via a specific slit but prevents foreign bodies from entering it. Because the gear lubricant oil contains abrasion particles of hardened steel from the toothed wheels, which can cause indentations in the bearing race, the bearing’s life is with this technology therefore significantly extended. The aim of the latest innovation was to minimise friction by reducing the seal’s contact force. This has been achieved: the new seal lip shape lowers seal friction around 50% in comparison to the replaced product, and also improves the lip-following and stabilises contact pressure along the edge, increasing the efficiency further.

Preparations have already started to manufacture the new low-friction Sealed-Clean™ ball bearings at a number of plants within NSK’s global production network. Ralf Duning says: “Our production facilities use identical standards and processes all around the world and we are also present in our customers’ high-growth markets such as China, India and Brazil. This enables us to supply goods of consistent quality to our global customers’ various plants.”

No compromising on quality

Although NSK is restrained when it comes to appraising its own products – as is traditional in Japan – the company’s engineers are proud of the quality of their bearings. Ralf Duning comments: “Our routine benchmark tests consistently show that our products last extremely well, even compared to our competitors. Our customers come to the same conclusion with their tests. This is certainly due to the Japanese way of thinking in our approach, which is highly valued especially in the German automotive industry. We don’t want to compromise; we want to offer the perfect solution.” NSK hopes to keep growing in Europe with this philosophy. For example, the ETC in Ratingen is set to expand further in the next two years. In spite of the crisis, additional staff are also due to be recruited.